Author Bio
Barbara Frank is a holistic practitioner who has practiced for 37 years. Barbara is descended from a long line of folk medicine practitioners, so her focus is on folk medicine and eliminating parasites naturally using Jesus' teachings. She is the author of “How To Take 10 Years Off Your Face And Add 10 Years To Your Life Naturally,” available on Storenvy and Amazon.
The Institute of Chinese Culture on Grand Street in New York has made four television shows about Barbara Frank and the work she does. There are two videos about her on public television on the TV show YOUR HEALTH IS YOUR WEALTH. There are several videos on YouTube about her also. Type in her name on YouTube and then type parasites, weight loss, hair loss, or skin problems to be sent to her videos and other relevant videos about health. Barbara was also a host of The Barbara Frank Show on BlogTalk Radio for some time.
The National Health Federation wrote a favorable review of Barbara Frank's book. She has been on the radio more than a dozen times on WOL, WPGC, WJZW, AERO, the Patrick Timpone Show, Extreme Health Radio, The Real Truth Universe and numerous others. Barbara also conducts informational seminars on parasites, Biblical text, and helps thousands of people every year to reach their health and wellness goals, and to improve their natural beauty and immunity.
Barbara Frank is a certified lymphologist through The International Academy of Lymphology. The lymphologists believe that no disease can exist if the lymphatic system is cleansed; they even proved it with a child who fell in a sewer and was determined to be brain damaged and incurable. Lymphologists constantly cleansed that child's lymph system until she improved and became normal. Barbara says she experiences the same miracles in her own practice.
Barbara studied natural healing modalities
Barbara Frank has written two non-fiction books: HOW TO STOP SMOKING TODAY and HOW TO TAKE 10 YEARS OFF YOUR FACE AND ADD 10 YEARS TO YOUR LIFE NATURALLY. Barbara had appeared on The Real Truth Call Broadcasts regularly for the last 3 years as well as Parkinson's Recovery, Dr. Edwidge, and the All Paws Broadcasts.
Barbara Frank has had enormous success in helping those who come to her and educating others about health and wellness and Jesus' teachings. Countless people came to testify about how her natural protocols saved their lives on The Real Truth Call Broadcasts, which can be found here on the homepage. Her practice is currently in the DMV area.
When people came in to Barbara she showed them a 5 minute film made by the National Geographic called The Body Snatchers, that states, "Parasites have killed more of us than all the wars in human history. Everyone has parasites."  This film is available on YouTube along with many other similar ones entitled Monsters Inside Me produced by the Discover Channel.
Updated copies of Barbara's  book, How To Take 10 Years Off Your Face and Add 10 Years To Your Life Naturally, is available at https://ageoldhealthwellness.storenvy.com/. Barbara has also written, HOW TO STOP SMOKING TODAY, published in 1984, and HOW TO GET YOUR LIFE BACK THROUGH DETOXING published on SelfGrowth.com.

Subscribe to our monthly health letter to learn the newest information in holistic medicine, new medical research, and learn tips and tricks for improving your health

Jeremiah 33:6
"Nevertheless, I will bring health and healing to it; I will heal my people and will let them enjoy abundant peace and security."
The Power of Healing

Miracles happen all the time; the secret is that we must have faith in ourselves, the human body, and God to give us the strength to fight against disease-causing micro organisms which weaken our bodies and mind.

"Beloved, I pray that you may prosper in all things and be in health, just as your soul prospers," the Apostle John wrote in 3 John 1:2".

"Is anyone among you sick? Let him call for the elders of the church, and let them pray over him, anointing him with oil in the name of the Lord" (James 5:14)".

"Then Peter said, 'Silver and gold I do not have, but what I do have I give you: In the name of Jesus Christ of Nazareth, rise up and walk.' And he took him by the right hand and lifted him up, and immediately his feet and ankle bones received strength. So he, leaping up, stood and walked and entered the temple with them—walking, leaping and praising God (Acts 3:1-8)".

"God has built the human body with defense systems that respond to attacks by sickness and disease. Because He has placed healing processes in the body, God may use medicine to heal, aiding the natural defenses of the body" (Quote Source: https://www.charismamag.com/spirit/supernatural/14935-10-ways-to-release-gods-healing-power) 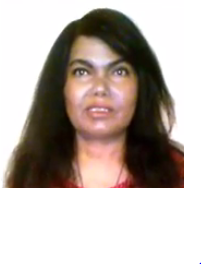 Church-Run Charity: Safety and Help for Women and Daughters

Everyone Needs To Know This

Our country is plagued with pig, chicken and cow farms that are contributing 19% of greenhouse gases that are destroying the planet, not to mention the terrestrial damage caused by these operations. Entire areas have become dead zones due to factory farms. Some cities are environmentally so stinky that I would not consider living there, although many do live there because houses are usually cheaper in these areas. In these cases, people just grow accustomed to the smell. Some of you have driven through cities and smelled what I'm talking about. I know I have. So, for the sake of the environment, I want my listeners to open up to the possibility of protein from other sources. People die because of run off from pig, chicken and cow operations when rains flood the run off from these farms into their raw vegetables. Then, people start dying mysteriously from listeria, salmonella, and E.coli because they don't know how to get the contamination out of the food and the problem is not often traced back to factory farm pollution. We end up with recalls when things like pig poop from a factory farm floods into lettuce and watermelon patches, so if you don't clean your raw foods properly, you are playing a game of Russian Roulette. These are the kinds of things that Barbara teaches, and which you can receive through “The Package/Consult” here in our store: Ancient Health and Wellness